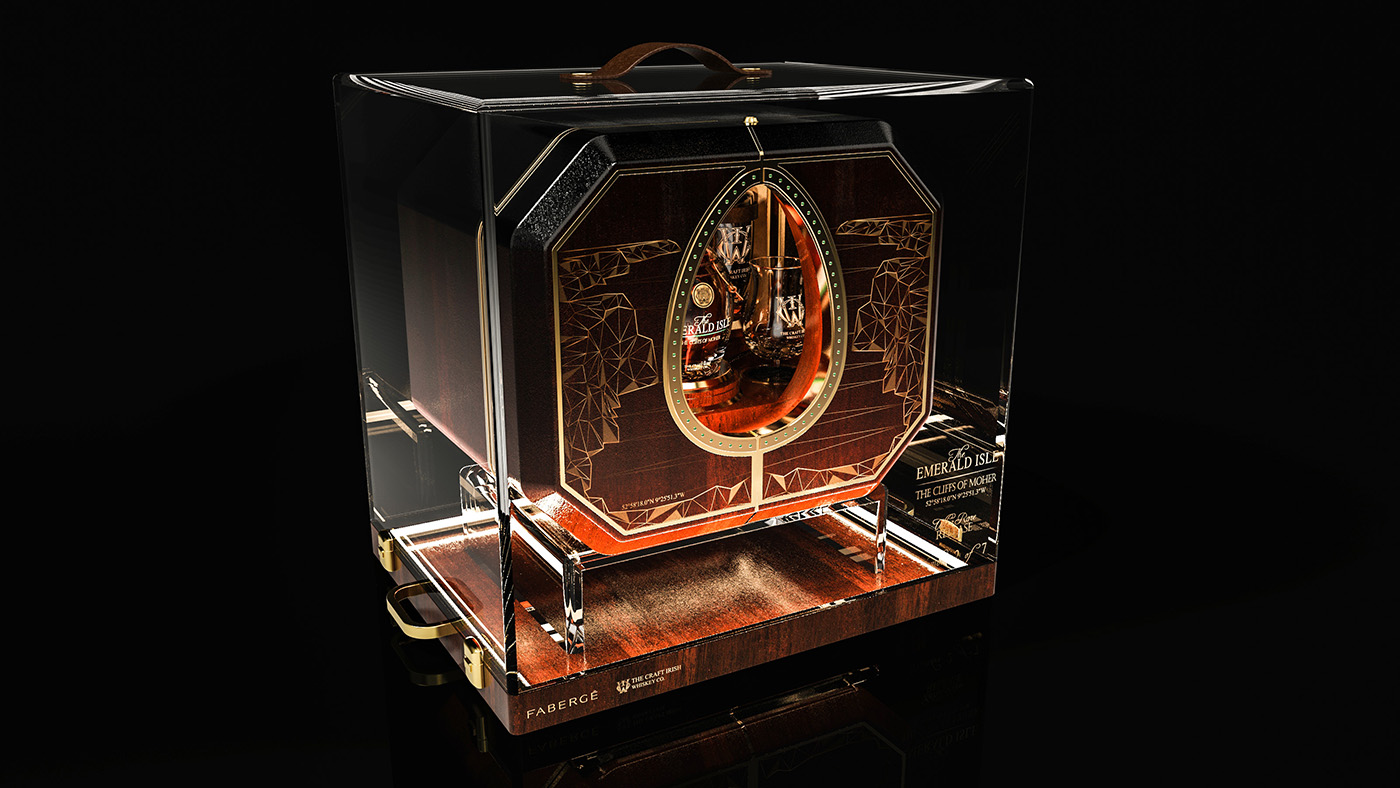 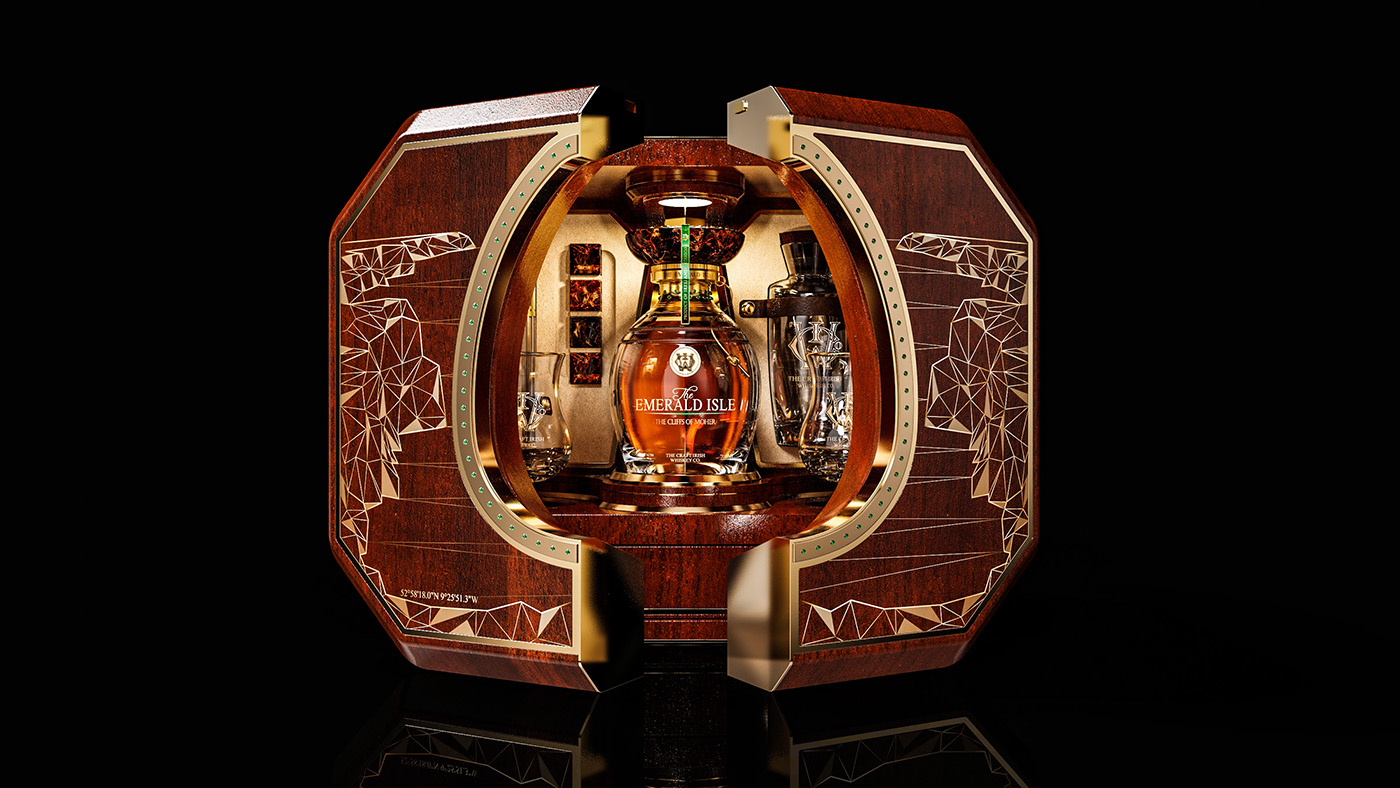 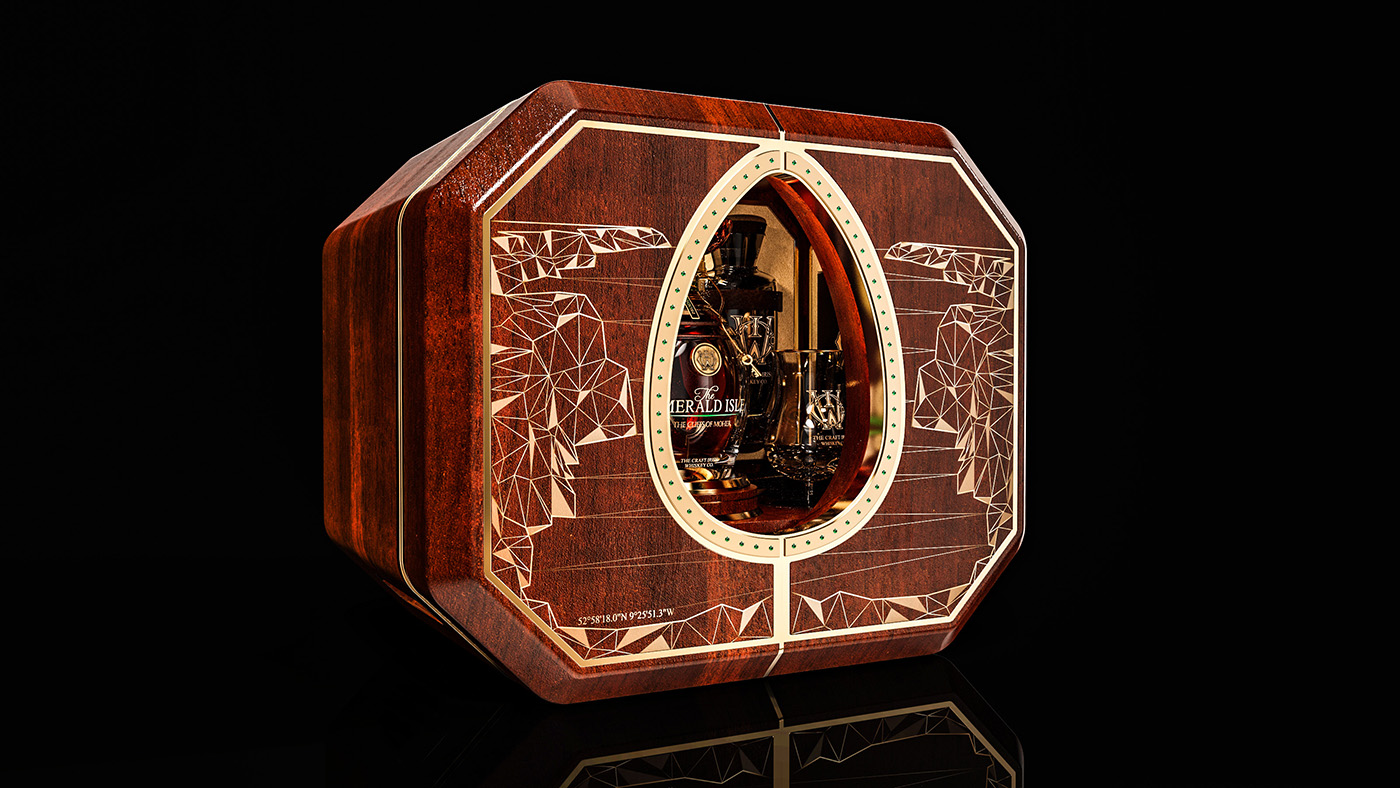 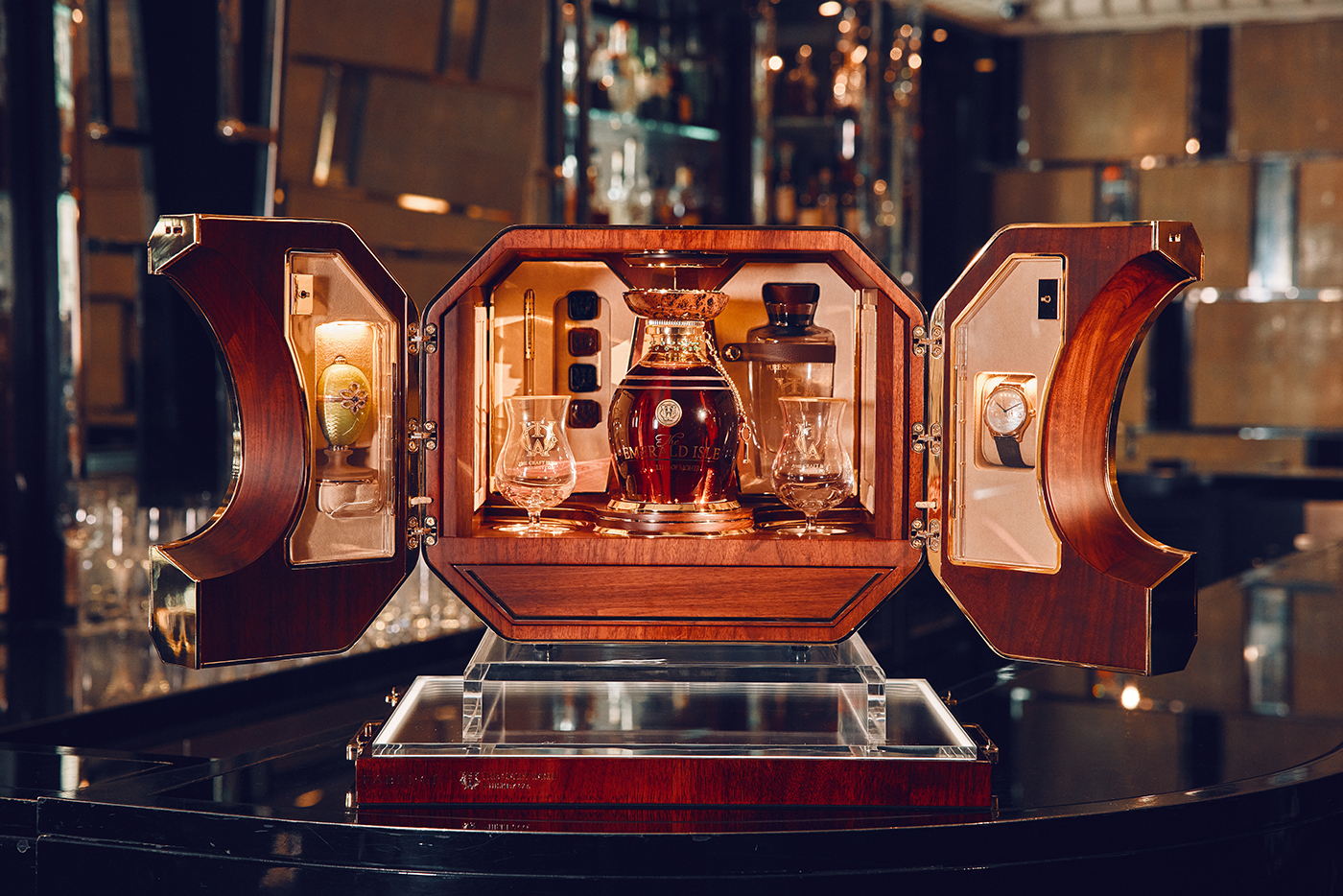 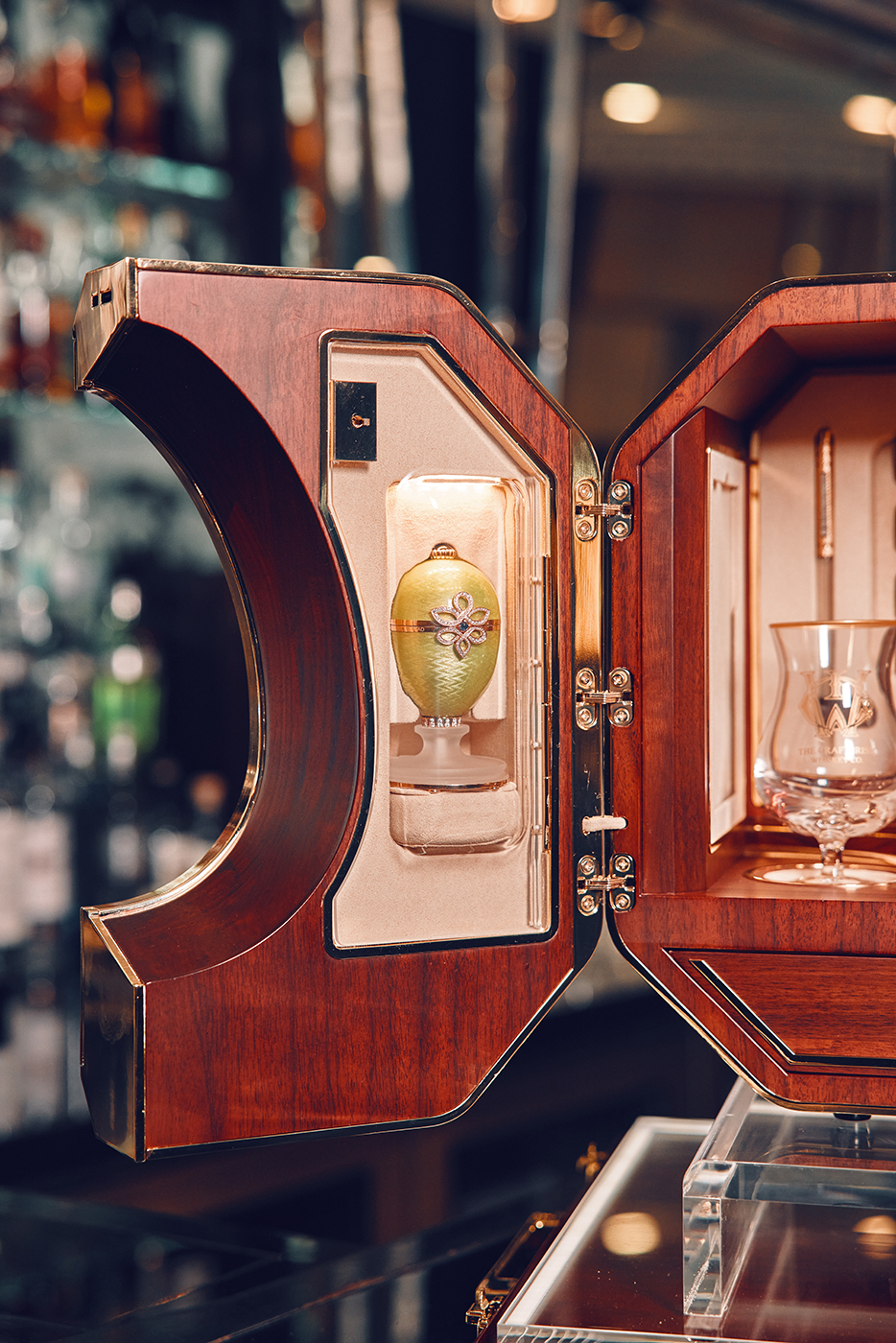 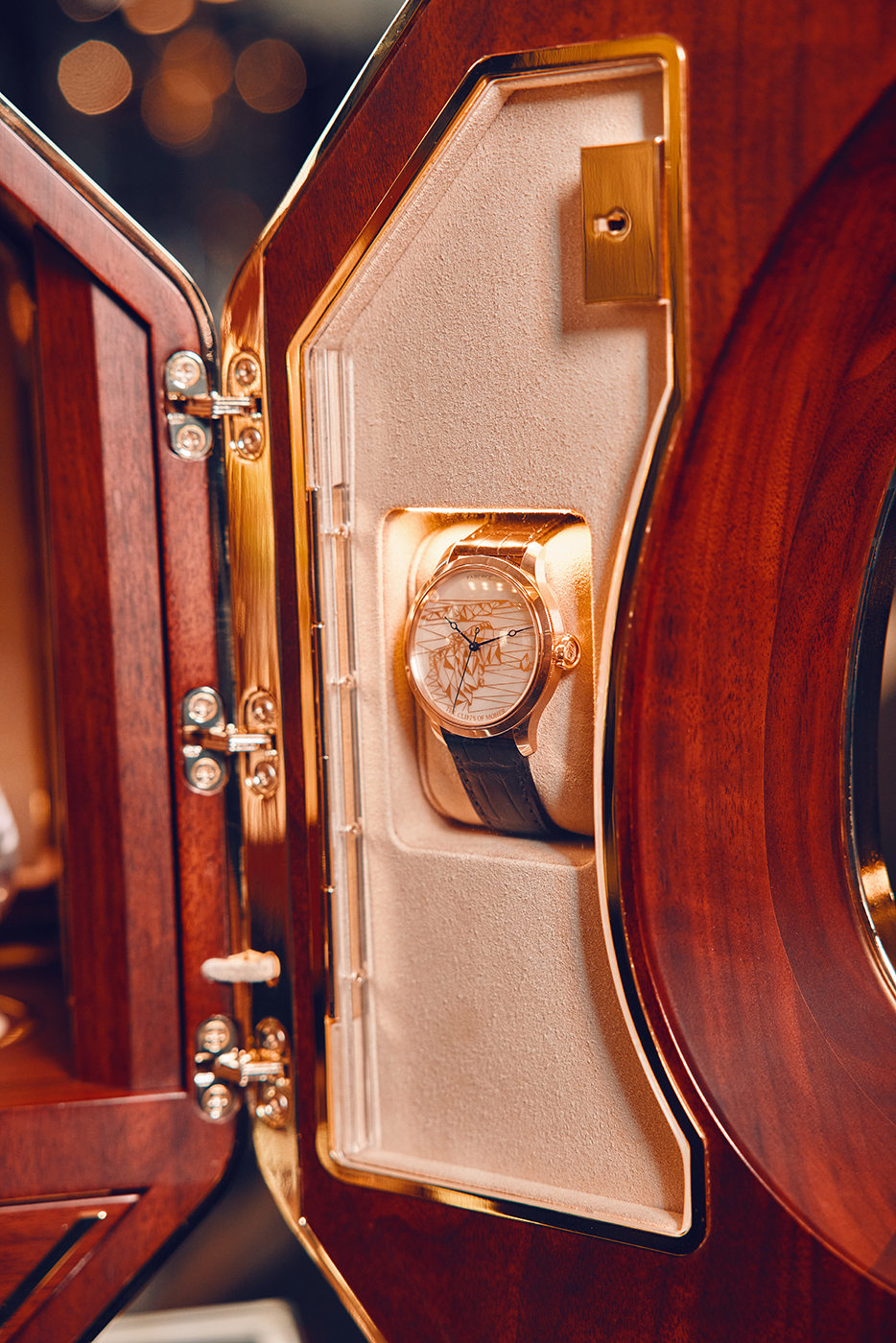 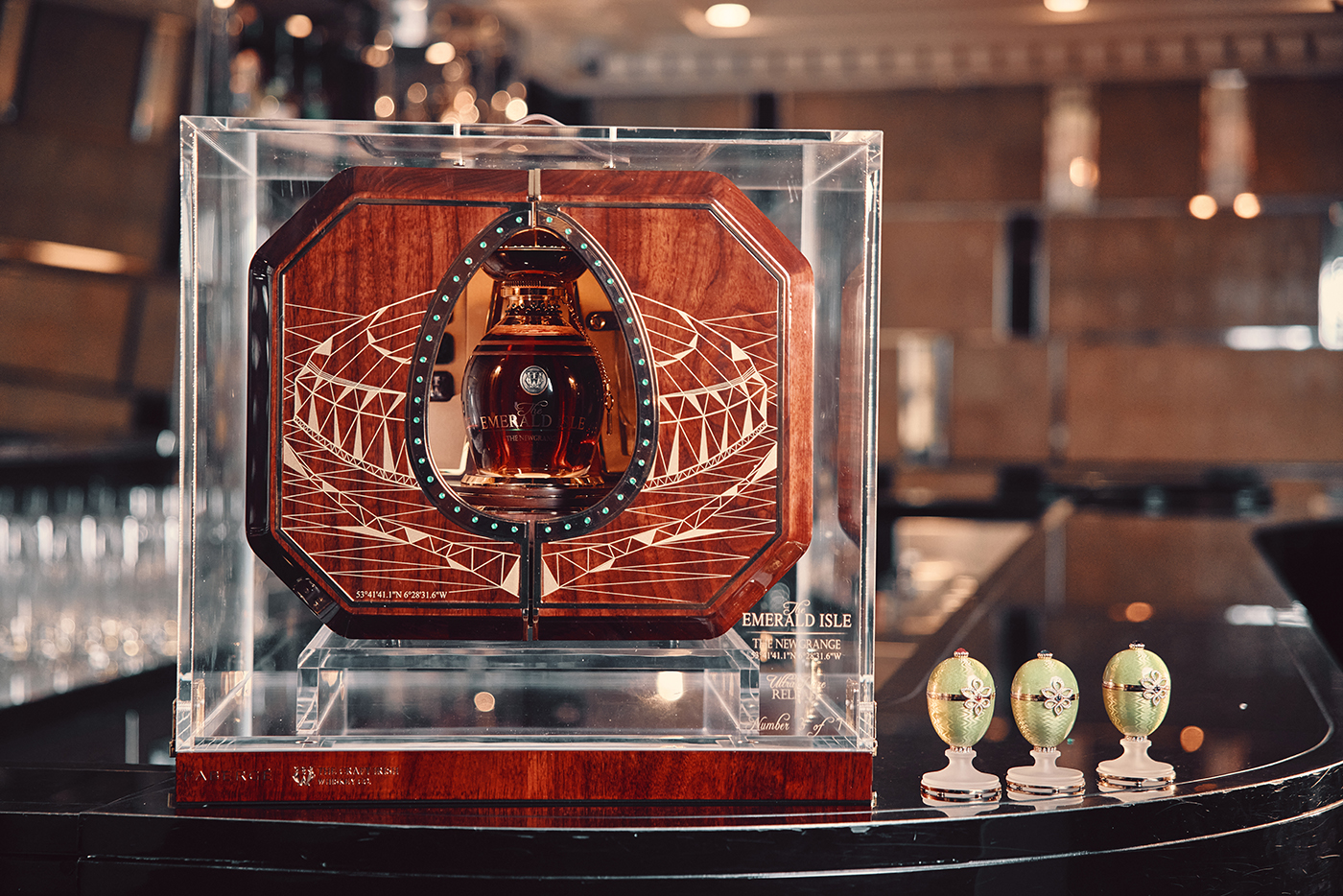 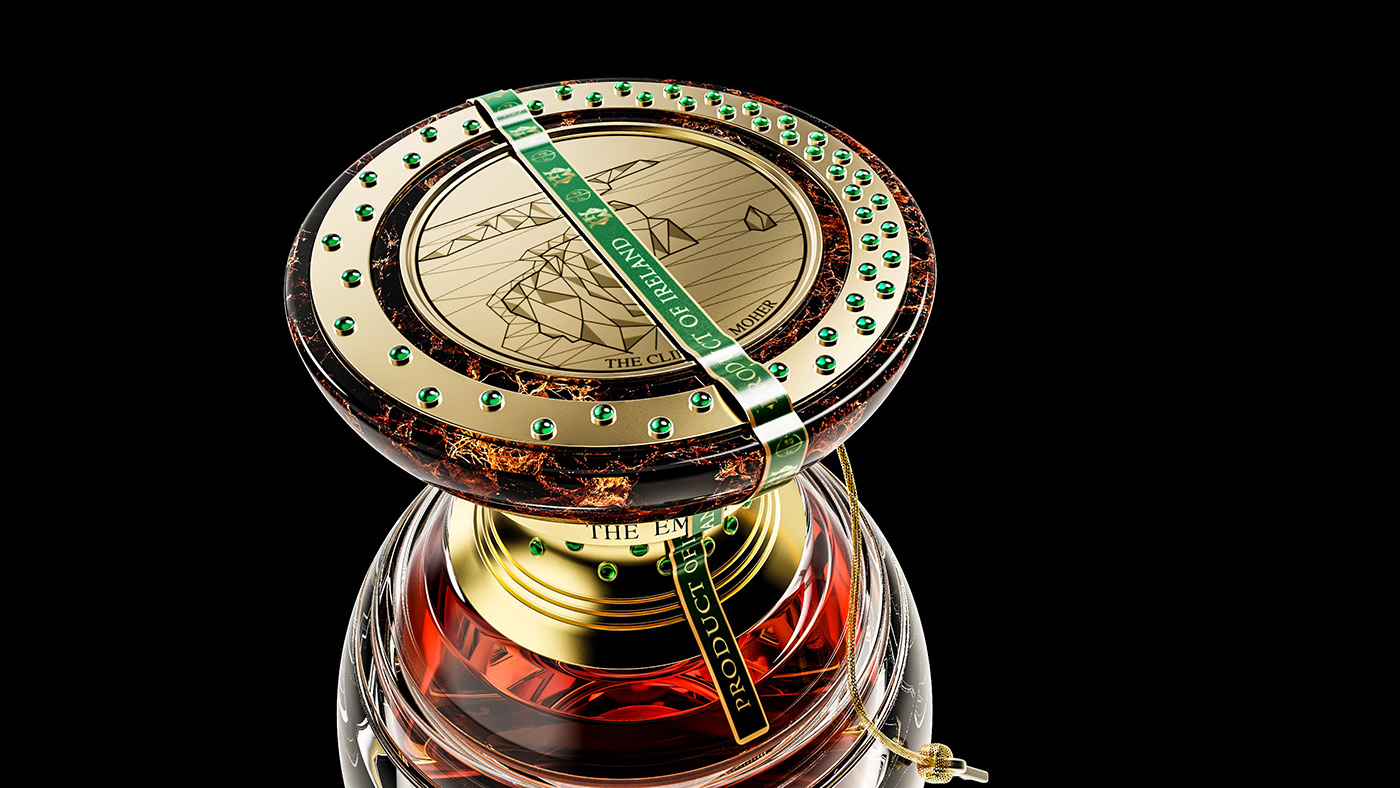 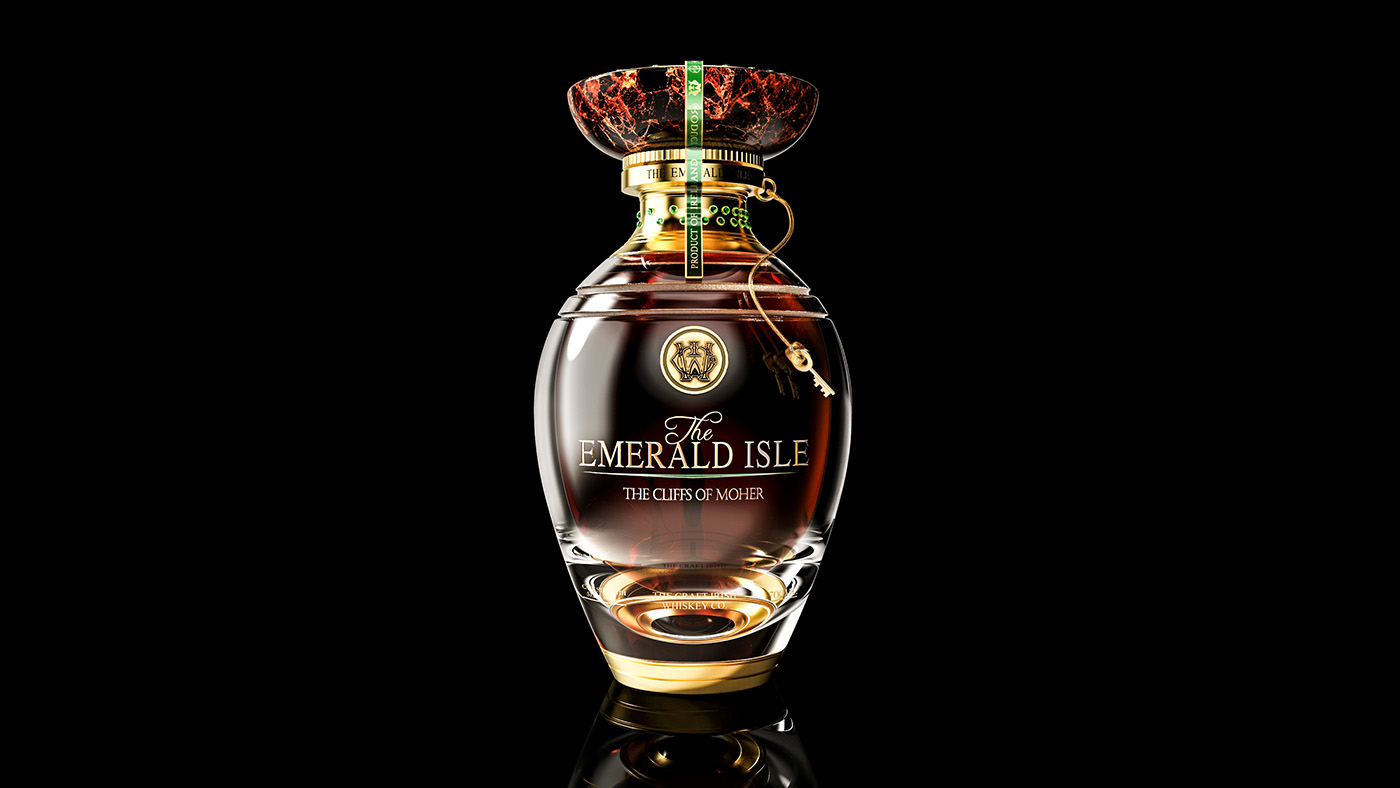 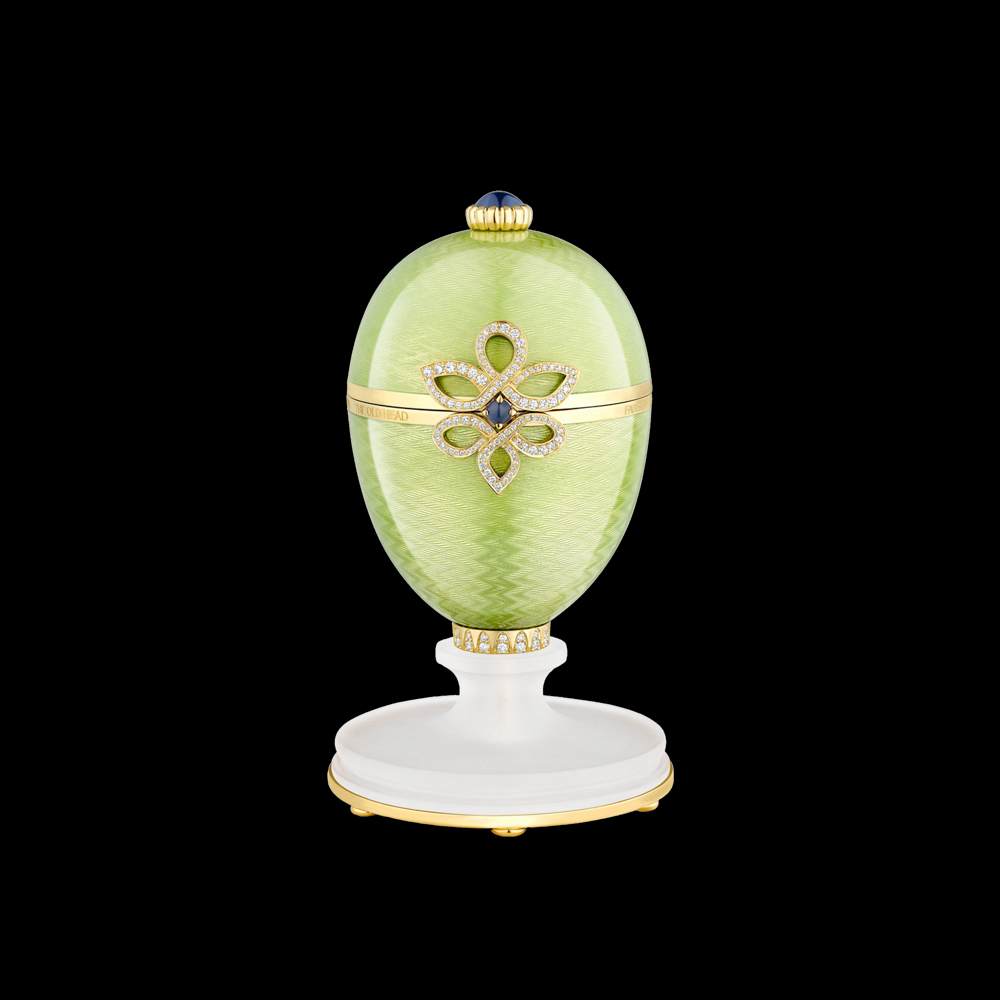 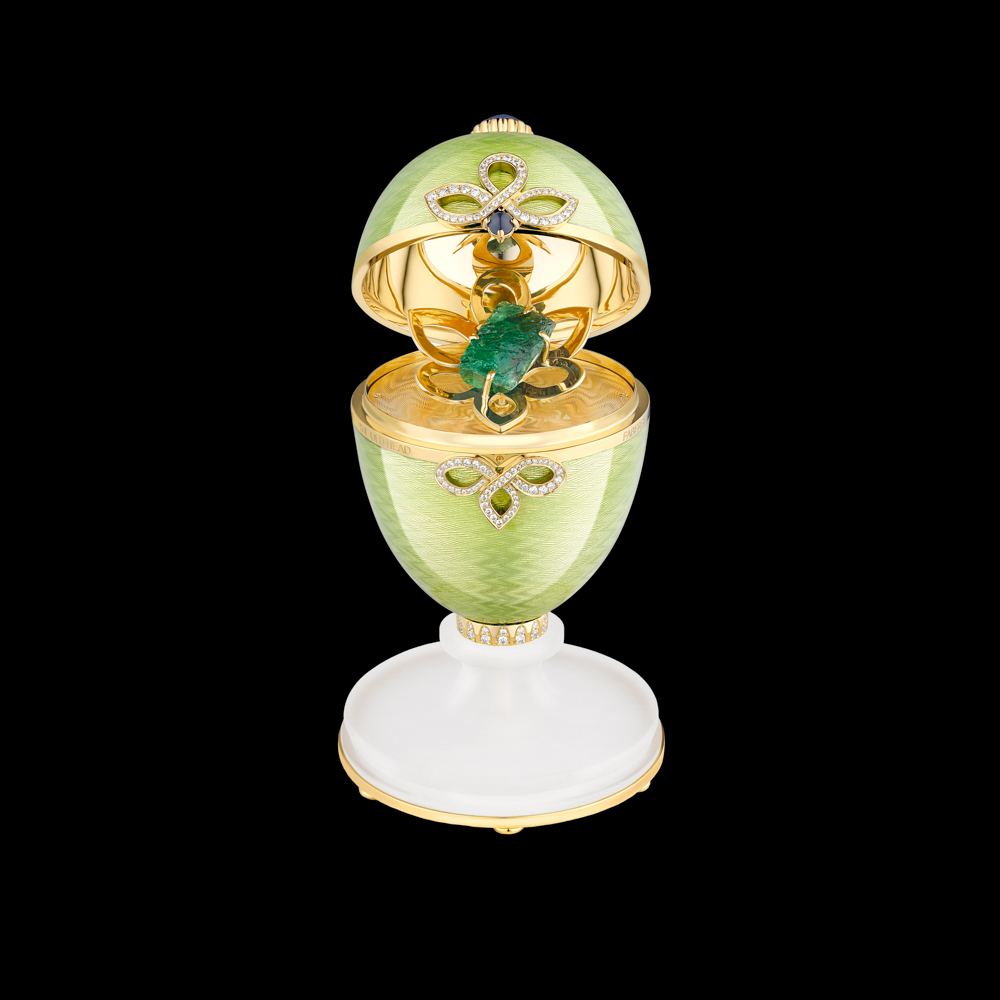 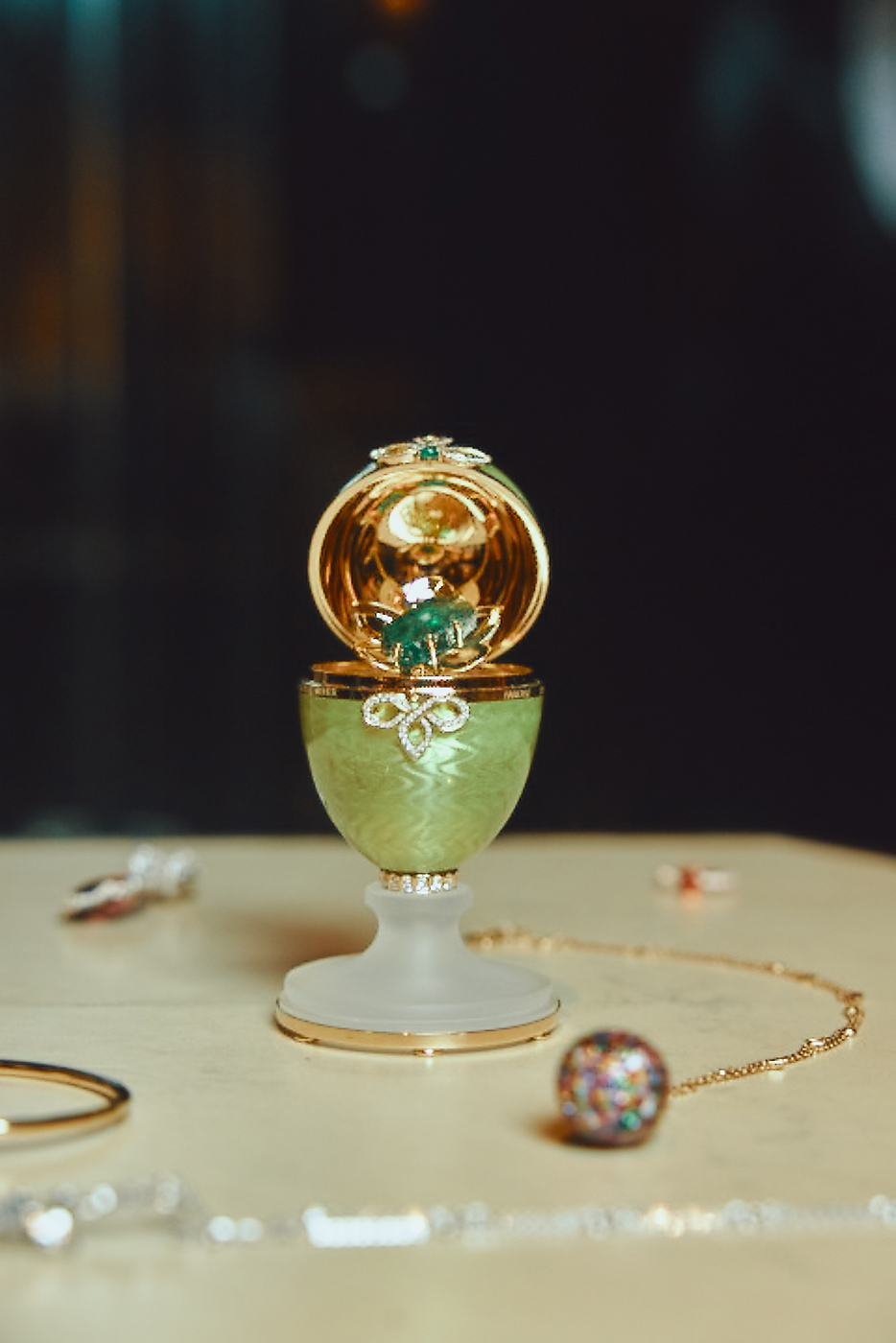 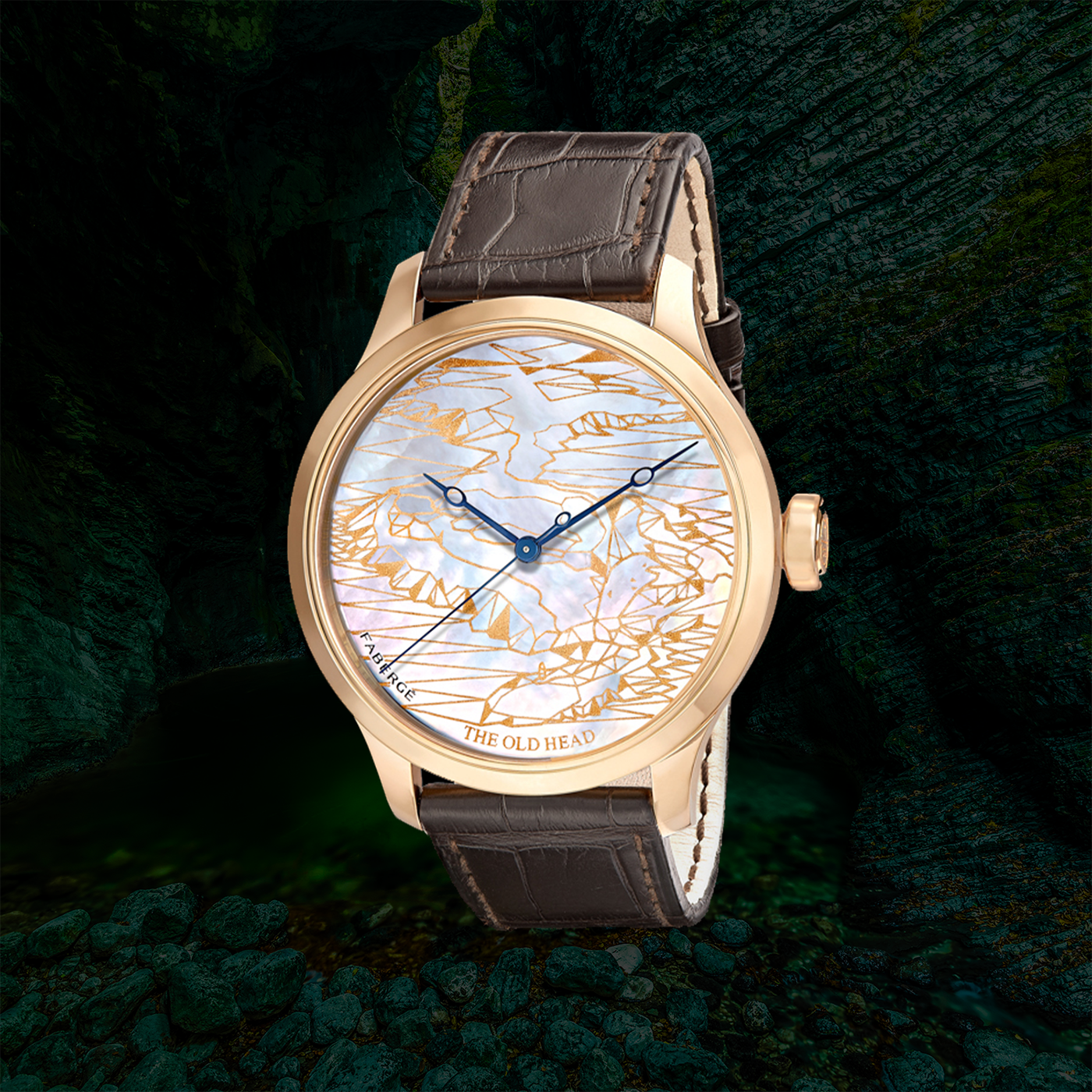 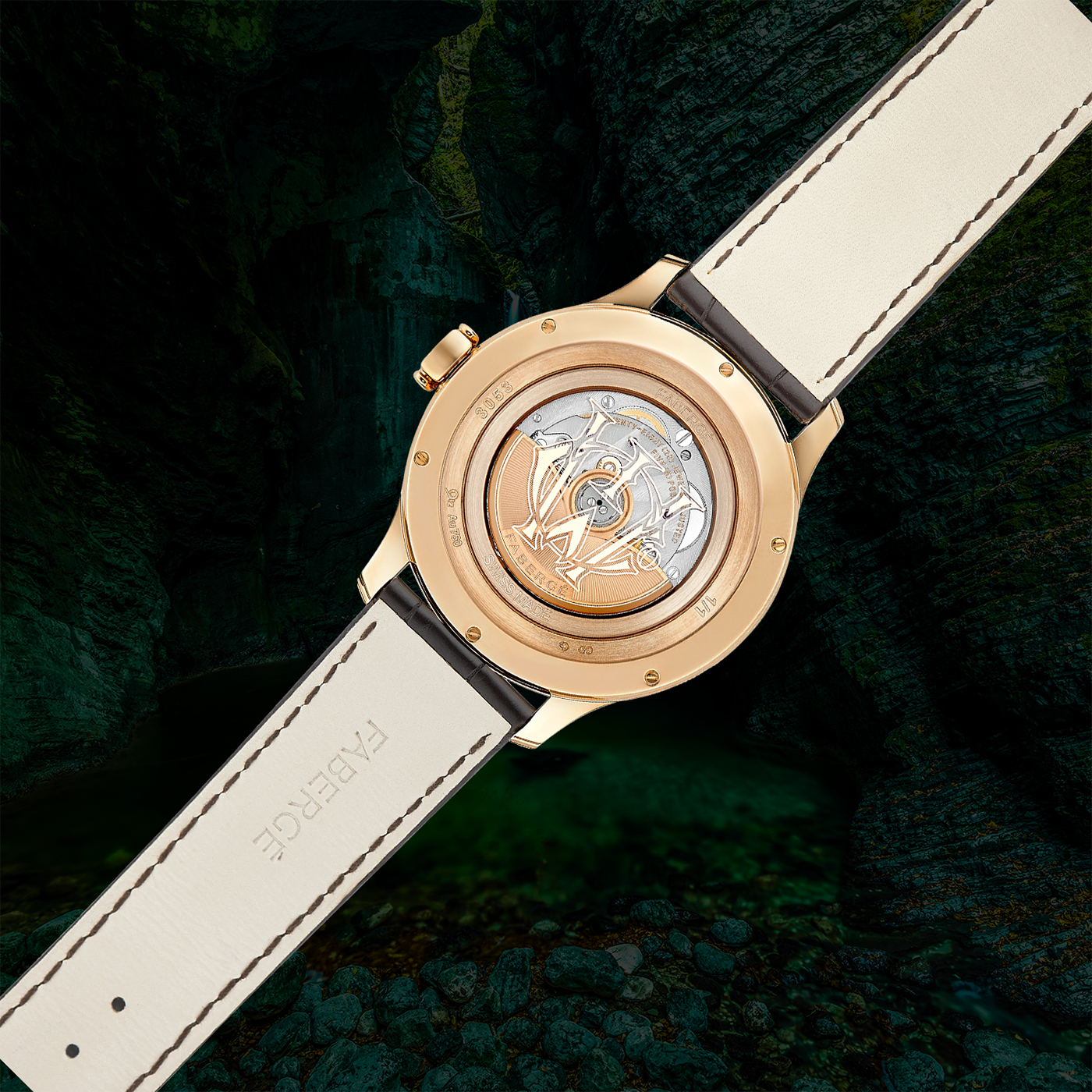 The World's Most Expensive Whiskey Sold at Auction

The Emerald Isle is the oldest and rarest triple distilled single malt in existence. An exclusive collection of just seven boxes, with only 3 remaining unsold.

The Emerald Isle is the oldest triple distilled whiskey in the world originating from the oldest licensed distillery in the world, making it the rarest whiskey in existence. Matured in 200L American bourbon barrels for 28 years and finished in rare 40L Pedro Ximenez sherry casks for unparalleled notes of leather-bound books, a hint of smoke and a lingering finish of creamy meringue, vanilla cigar smoke and spice.

A whiskey of such exquisite distinction demands an experience of equal opulence and exclusivity. Each of the 7 pieces in the collection is unique - there is no whiskey collection on Earth like The Emerald Isle. Each honours one of the Seven Wonders of Ireland such as The Giants Causeway, The Cliffs of Moher, The Ring of Kerry and one of the most coveted – The Blarney Castle. The front of the handcrafted, bespoke box depicts The Blarney Castle in a unique geometrical design, while the gemstone cladded egg-shaped window gives a hint of the treasures that lie within.

Inside you have a first-of-its-kind, unique Fabergé Celtic Egg, skilfully crafted from 18k yellow gold and featuring Fabergé’s legendary guilloché vitreous enamel in pastel green. The Zambian Emerald inside the egg sits on a gold guilloché base with an intricate claw setting – a surprise at its heart.

Traditionally enclosed within a Fabergé egg you will find an item of bespoke jewellery. But for the first time The Craft Irish Whiskey Co.’s Founder requested a raw uncut gemstone to sit inside the Egg, offering the opportunity to commission Fabergé to craft a bespoke piece of jewellery, epitomizing the enduring legacy of The Emerald Isle... This is truly historic and has already become a much sought-after collectable, with the first Emerald Isle being snapped up by one of Fabergé’s top collectors.

A one-of-one Fabergé watch exalts the same geometrical design of The Blarney Castle with a white mother-of-pearl face skilfully etched and hand-painted with 24k rose gold by Fabergé Workmaster, André Martinez. Encased in 18k rose gold, with rose gold crowns and upper and lower sapphire crystals, the watches contain a self-winding automatic movement and a precious and rare 22k gold oscillating weight, decorated in the Fabergé style. This will be the only watch of its kind to ever exist, says Josina Von Dem Bussche-Kessell, Board Member and Global Sales Director for Fabergé.

A humidor reveals two ultra-rare Cohiba Siglo VI Gran Reserva cigars. Produced in limited numbers, and sold out for over 10 years, these highly desirable cigars have increased in value by 1,500% since their release and have become an enduring part of cigar history. Scoring 100/100 these have been called “The Holy Grail” of collectable cigars.

The innovative partnership forged between The Craft Irish Whiskey Co. and Fabergé brings together an exceptional and distinctive ultra-rare single malt with the heritage and mythology of the legendary artist-jeweller. These two brands share the same vision of creating timeless beauty and a legacy, loyal to heritage but embracing of new methods. In crafting extraordinarily rare collectables of the utmost luxury, they have created a whiskey collection that will be remembered and talked about for centuries.

The Emerald Isle is a unique and timeless celebration of the luxury, craftsmanship and sophistication of an ultra-rare whiskey. Within each set resides;

Nose: Butter toffee and chocolate fudge are followed by rich maple syrup. Hints of brine and tobacco come to the fore after time.

Palate: A powerful combination of old leather-bound books with a hint of tobacco smoke. Silky smooth, with some cherry drop notes interwoven with ripe banana and caramel. The back palate gives way to Christmas cake spices that flow flawlessly into the finish. Finish: A wonderfully long and decadent finale with hints of creamy meringue and vanilla cigar smoke that slip into a lingering finish of spice and sweetened leather.

A historic first for Fabergé, the Celtic Egg has been crafted in honour of Ireland. The green, white and gold colours of the egg call to mind the Irish flag, while each is adorned with a pavé diamond Celtic knot. A renowned symbol of Irish heritage, with no start or finish, the Celtic knot represents eternity, love and friendship. In true Fabergé spirit, a surprise awaits in the form of a rough, uncut emerald, sourced from Gemfields’ Kagem mine in Zambia. Ultra-rare and highly desirable; this is a collector’s item of the highest value. Never seen before and never to be repeated, each egg is one-of-a-kind and destined to become a momentous part of Fabergé history.

A bespoke Fabergé watch honours one of the Seven Wonders of Ireland with a unique dial inspired by the landscape. Hand-painted with 24k rose gold, the white mother-of-pearl face is exquisitely unique. As functional as they are beautiful, the watches are 41mm in diameter and water-resistant to 30-metres (98.42 ft). Each is numbered 1/1 to highlight the unique design, and finished with a brown alligator strap and rose gold buckle to perfectly complement the design and showcase the skill of Swiss watchmaking.

The Craft Irish Whiskey Co. have revolutionised Irish whiskey with their reimagining of its potential as a luxury collectable. While they honour the skill and craft of Ireland’s master distillers, they are not bound by convention. Their inaugural release, The Devil’s Keep, sold out in record time and became the most expensive inaugural whiskey ever sold at auction. The Emerald Isle broke more records when it became the most expensive whiskey in the world, beating the world-renowned Macallan 1926. By surrounding their whiskeys with a handcrafted experience to match the peerless flavours, they have revolutionised Irish whiskey and positioned it as a luxury investment of the finest order.

WORLD-CLASS BENEFITS TO THE BUYER

Seller welcomes buyer to Ireland for a world-class experience, to include: playing a round of golf at the most sought after course in the world (Old Head: https://www.oldhead.com/); rare whiskey tastings in the private cellar of Craft Irish Whiskey, with its CEO, Jay Bradley; Michelin star dining experiences; and additionally, seller to pay for buyer’s roundtrip airfare.

The onboarding of Emerald Isle to the IDONEUS portfolio was facilitated by TokenSociety.io, an NFT (Non-Fungible Token) platform specializing in verifying the provenance of high-value collectables and art through the creation of NFT’s on the blockchain.

STIPULATIONS FOR US RESIDENTS TO PURCHASE THIS ITEM

Inquire now to learn how utilizing IDON can create savings of $300,000.00 on this asset.

A worlds first of a collection of the rarest items ever assembled in the world of whiskey and fine jewelry.

1. Shipping Fees, Taxes and Duties Not Included. Prices displayed for items that require shipping, do not include shipping fees and any applicable taxes and duties. These are charged directly to the purchaser of the item and will be charged in the applicable local currency. Where applicable, these charges will be collected by the shipping carrier or your country’s local customs office upon delivery.

2. Legal Age & Permission to Purchase. Clients ordering alcohol, tobacco or other lifestyle products via Idoneus confirm to be of legal age and be legally permitted to make the purchase.

3. Restriction on Cuban Cigars to the U.S.A. Idoneus International AG and associated companies do not sell nor deliver Cuban cigars to clients located in the U.S.A. 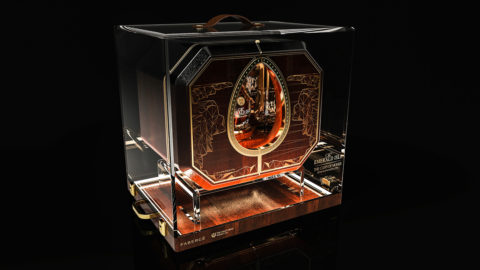