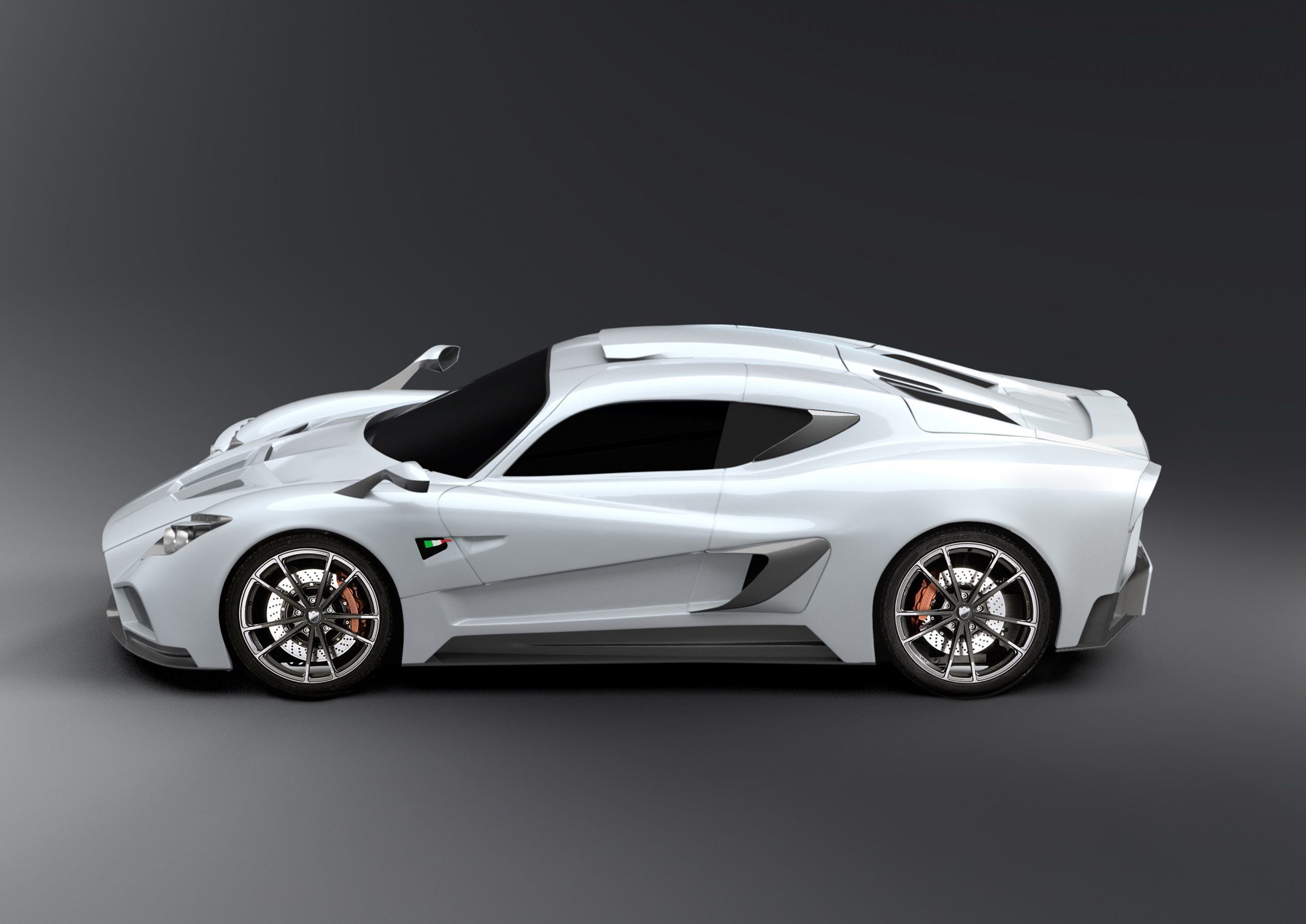 Mazzanti Automobili is a globally recognized brand by collectors, buyers and enthusiasts looking for the unique opportunity to own one of the rarest Supercars ever built in the world.

For customers who already love the Evantra concept but are looking for something more, Mazzanti Automobili has developed the Mazzanti Evantra 781 as a 2021 successor to the popular Evantra 771. The striking number 781 represents the horsepower developed by this version.

As the Evantra 771 became more and more desirable as a hypercar, and due to the limited production of only five cars per year, the decision was made to switch the engine from the 7.0L Mazzanti-fettled V8 to another GM-supplied V8, this one being a 6.2L V8 based on the widely known LT2 Corvette engine. Of course, this engine was stripped down to the block and extensively reworked by skilled Italian engineers, and ended up producing 781 HP.

As well, the Evantra 781 is available with fully adjustable suspension. This was done to give the 781 a more aggressive handling profile and increasing high speed stability in response to road surface imperfections.

Thanks to its exceptional performance made possible by the mid-engine and low center of gravity, together with the traction of the rear wheels, the Evantra 781 is capable of arousing emotions that few other supercars are able to match.

Only 5 cars of this model are produced per year.

Evantra is designed, conceived, produced and assembled in Tuscany, the Italian region famous all over the world for its artistic masterpieces of all kinds: and Evantra is no exception!

In the Etruscan tradition, Evantra was the goddess of immortality: a symbol of eternity that best marries the idea of ​​our Supercar.

The strong philosophy and ideas of Luca Mazzanti have made it possible to create a new Supercar concept: a car far from the common market logic, but with a pure soul.

Payments are to be made according to the schedule below with each payment comprising of 50% cash and 50% IDON.

Inquire now to learn how utilizing IDON can create savings of $204,687.00 on this asset. 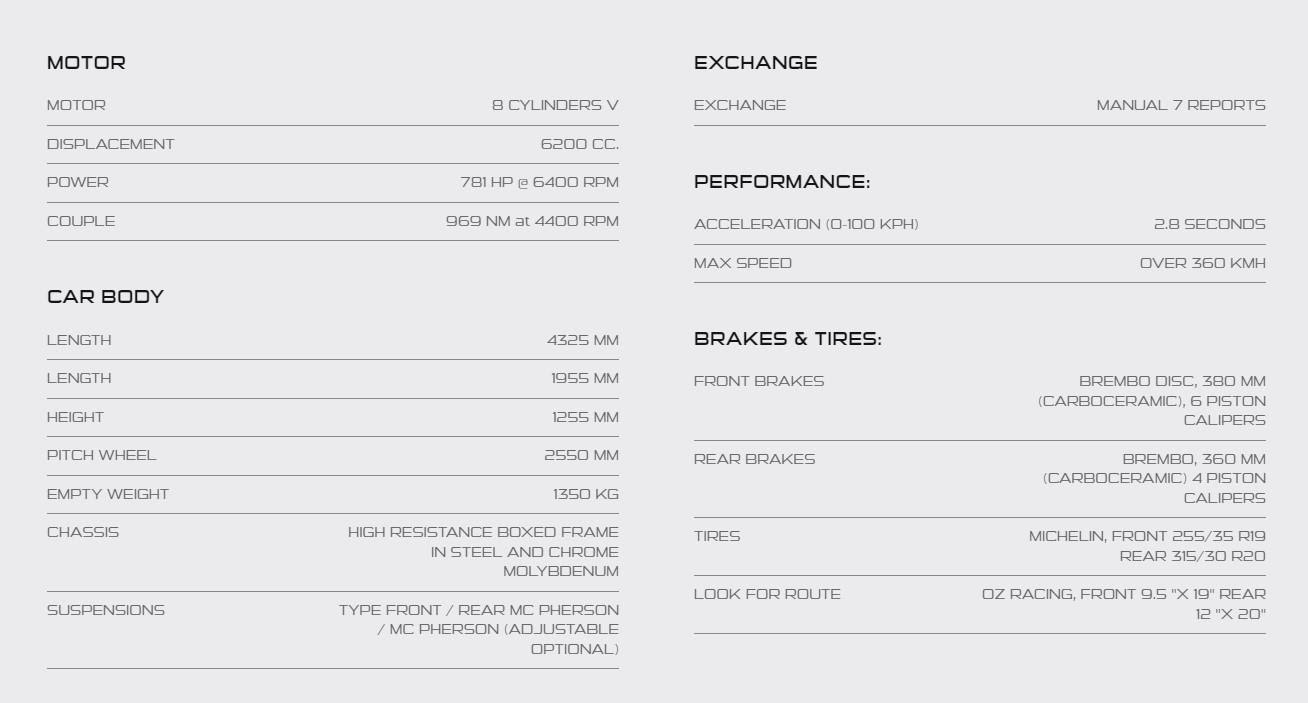 The 781’s design is extremely dynamic and balanced – the result of Luca Mazzanti’s creativity, developed into a style that contrasts with traditional mid-engine Hypercars. The sleek style underlines the strong personality of the 781: a design that harmonises concepts previously considered incompatible.

Each element is made entirely by hand: this ensures that attention to detail and final quality are of a premium standard, every single component working towards the Evantra’s philosophy of pure driving pleasure.

The Evantra 781 is completely customizable by the customer: the only limit is imagination. It is possible to create daring combinations. The driving position is configured and designed according to the measurements of the customer taken during visits to our Atelier; this practice is common only for the most prestigious racing cars as well as for the finest tailored suits.

The interiors, also completely “tailor-made” in collaboration with the customer, are designed by leading companies in the luxury fashion sector, with totally natural special leathers treated with aniline, the result being incredibly soft to the touch. Each customization becomes possible thanks to an infinite choice of special materials, including exotic leathers and precious fabrics.

The central console is both compact and sporty and the dashboard is equipped with data acquisition technology, a head unit with touch control and an infotainment system with the latest generation of Bluetooth connectivity.

The Evantra 781 chassis is made from high-tensile boxed-section frame steel combined with molybdenum chrome. The cockpit has a high side line which results in an excellent level of protection for the occupants in the event of side impact and in an extremely high torsional stiffness typical of a race car. It is precisely incorporated into the car body through a roll-cage made of molybdenum chrome: this union translates into an extremely rigid, responsive and safe chassis.

The powerful mechanical heart of the Evantra 781 is an aluminium V8 6.2 Litre. The supercharged engine is capable of developing 781 Hp @ 6400 rpm and 969 Nm @ 4400 rpm. The engine shares some features with an American V8 block thanks to the traditional inspiration that drives the Evantra: during the 60s many artisanal Italian sportscar manufacturers used American blocks which, when combined with inimitable Italian styling, created immortal masterpieces.

The Evantra 781 is completely customizable by the customer: the only limit is imagination. It is possible to create daring combinations. The driving position is configured and designed according to the measurements of the customer taken during visits to our Atelier; this practice is common only for the most prestigious racing cars as well as for the finest tailored suits.

The Evantra 781 is available in both track and road versions and includes as standard each of the following packages designed to enhance the driving experience.

For more information about this model, please check: https://mazzantiautomobili.it/evantra-771/.

Mazzanti Automobili is an Italian company, based in Tuscany, which operates in the luxury automotive sector producing high-performance handcrafted cars. Mazzanti is a globally recognized brand, sought after by collectors, buyers and enthusiasts, offering a unique opportunity to own one of the rarest Hypercars ever built.

In the world of supercars and hypercars, it has become a bit of a gimmick that manufacturers will release a car, and then, a year or two down the road, release a special, limited, or track-only version of that car. This has happened with many manufacturers from all countries, around the world. There are a few manufacturers, however, that stay dedicated to a tight model line, and each car from that model line is the absolute best it can be at the time it was built.

Mazzanti Automobili, a specialist hypercar coachbuilder and producer in Italy, is one such company. In fact, their model line is exactly three cars: The Evantra Classic, the Evantra 781, and the Evantra Millecavalli R. That is, it was three cars until October 2021, when their latest hypercar, the Evantra Pura, was unveiled to the world. Designed and manufactured without compromise, this car is set to become the next great Italian limited edition collector’s hypercar, as you will soon see.

The Evantra model has always been at the core of Mazzanti Automobili’s design and engineering concepts, due to the fact that the initial boxed steel frame and chrome-molybdenum cage of the 2012 prototype proved to be extremely strong. Structural rigidity was key, due to the fact that the Evantra was always meant to be a comfortable but agile and sporty two seater coupe. After testing and proving, the base model, now known as the Evantra Classic, went on sale in 2013.

As part of the whole concept of a coach built hypercar, each and every vehicle was built precisely to customer specifications. The bodywork could be made out of carbon fiber, hand-wrought aluminum, or pretty much any combination of both. Each interior was made to measure, with the driver’s seat made to fit the customer’s own unique body shape, in essence making each interior a one-off, one of the core values of being coach built. 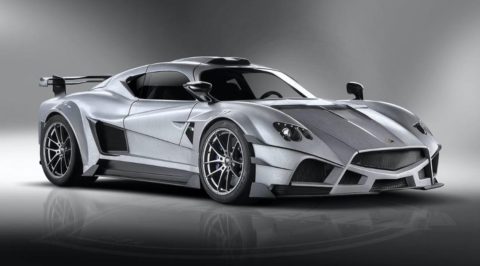 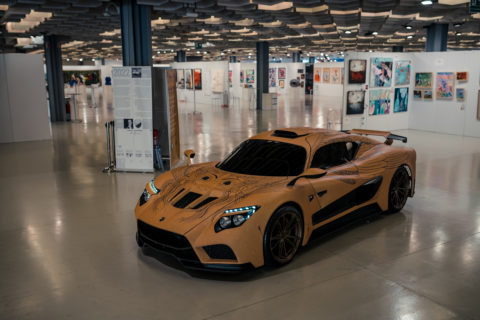