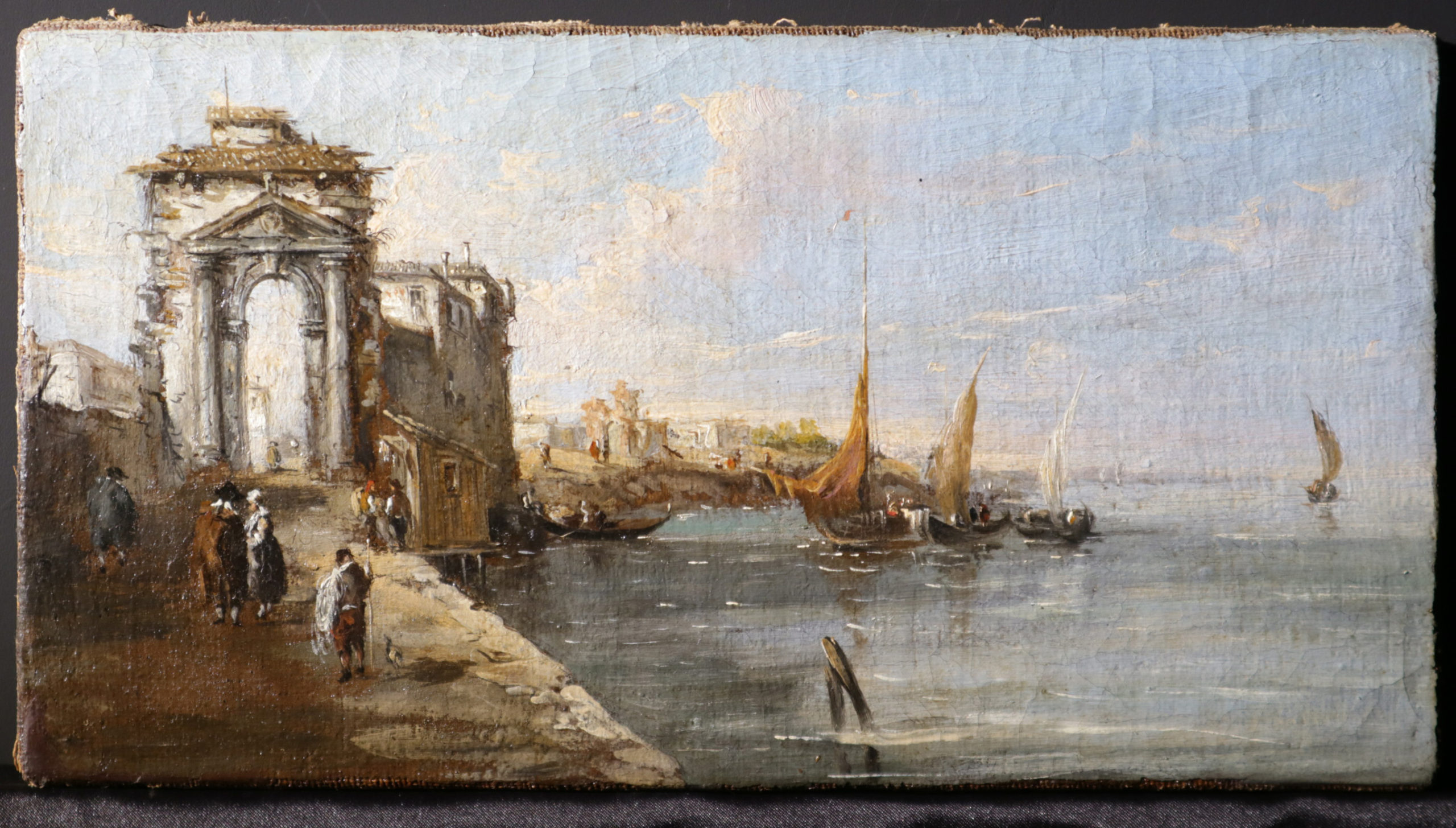 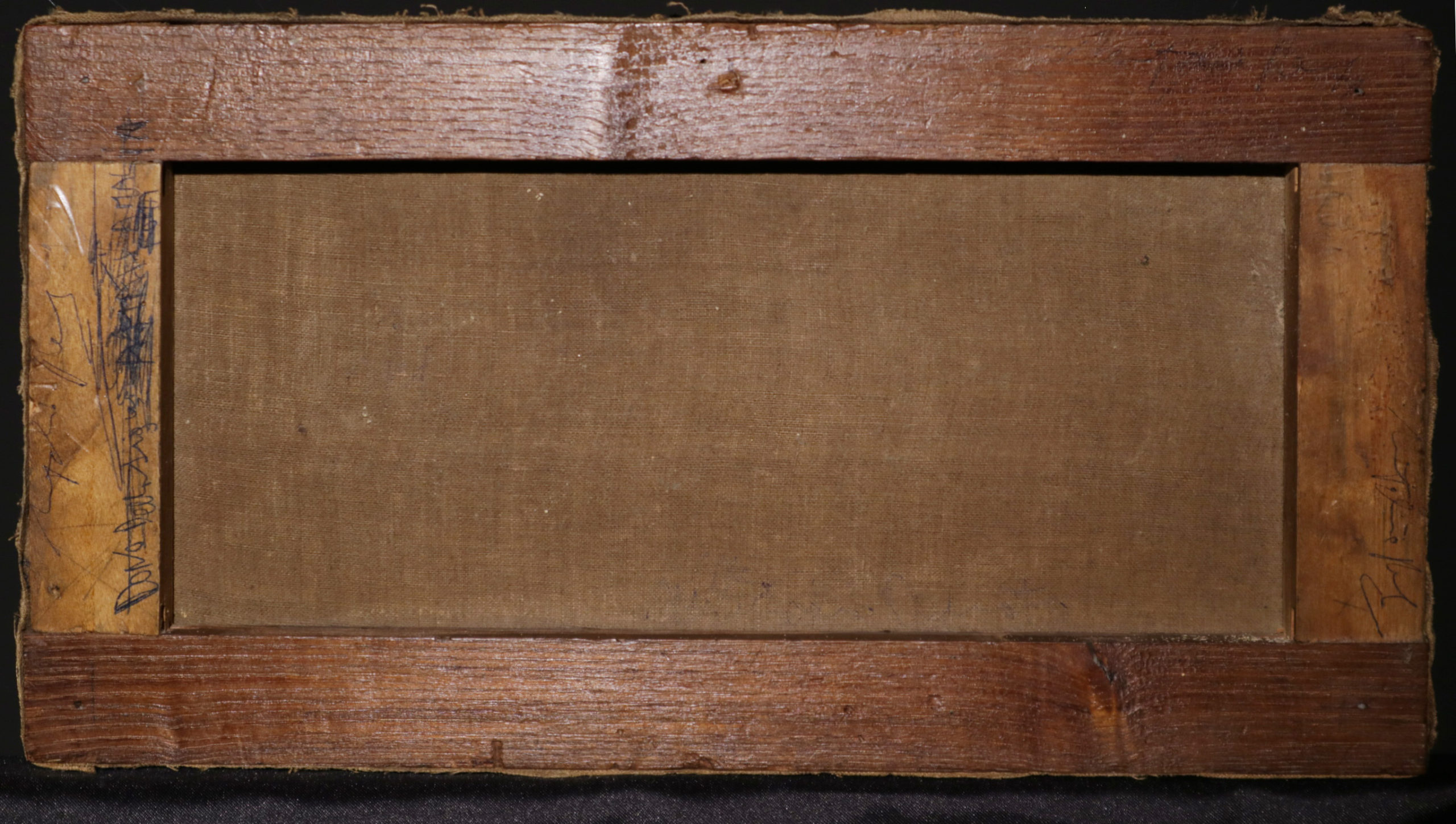 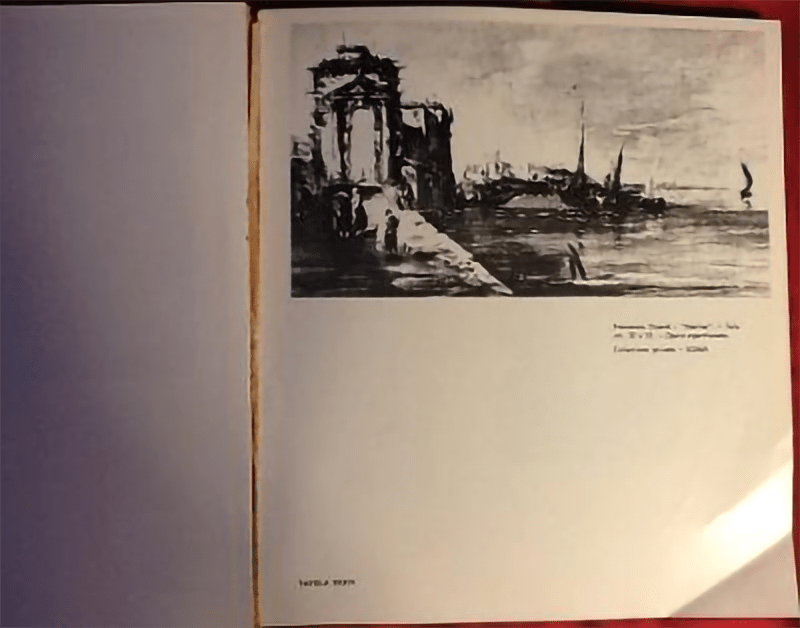 This stunning ‘Marine’ of exceptional crystalline beauty appeared in a catalog in Italy in 1967 as a Francesco Guardi, the leader of the “Venetian School” at the end of XVIII century along with Canaletto.

As the itinerary of the Grand Tour became somewhat standardized, vedute of familiar scenes like the Grand Canal recalled early ventures to the Continent for aristocratic Englishmen. By the mid-18th century, Venice became renowned as the centre of the vedutisti. The genre’s greatest practitioners belonged to the Canal and Guardi families of Venice. Some of them went to work as painters in major capitals of Europe. This painting was seemingly made by one of the Guardi family, and in the past it was believed to be by Francesco Guardi himself.

This piece was owned by a private collector in Rome for over half a century, starting from the beginning of the ’60ies. The chain of ownership is unbroken since then. 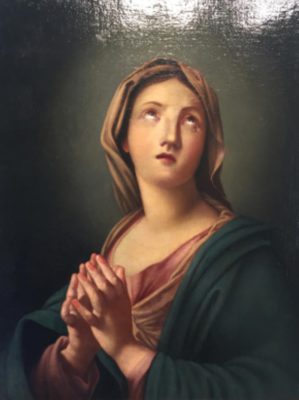