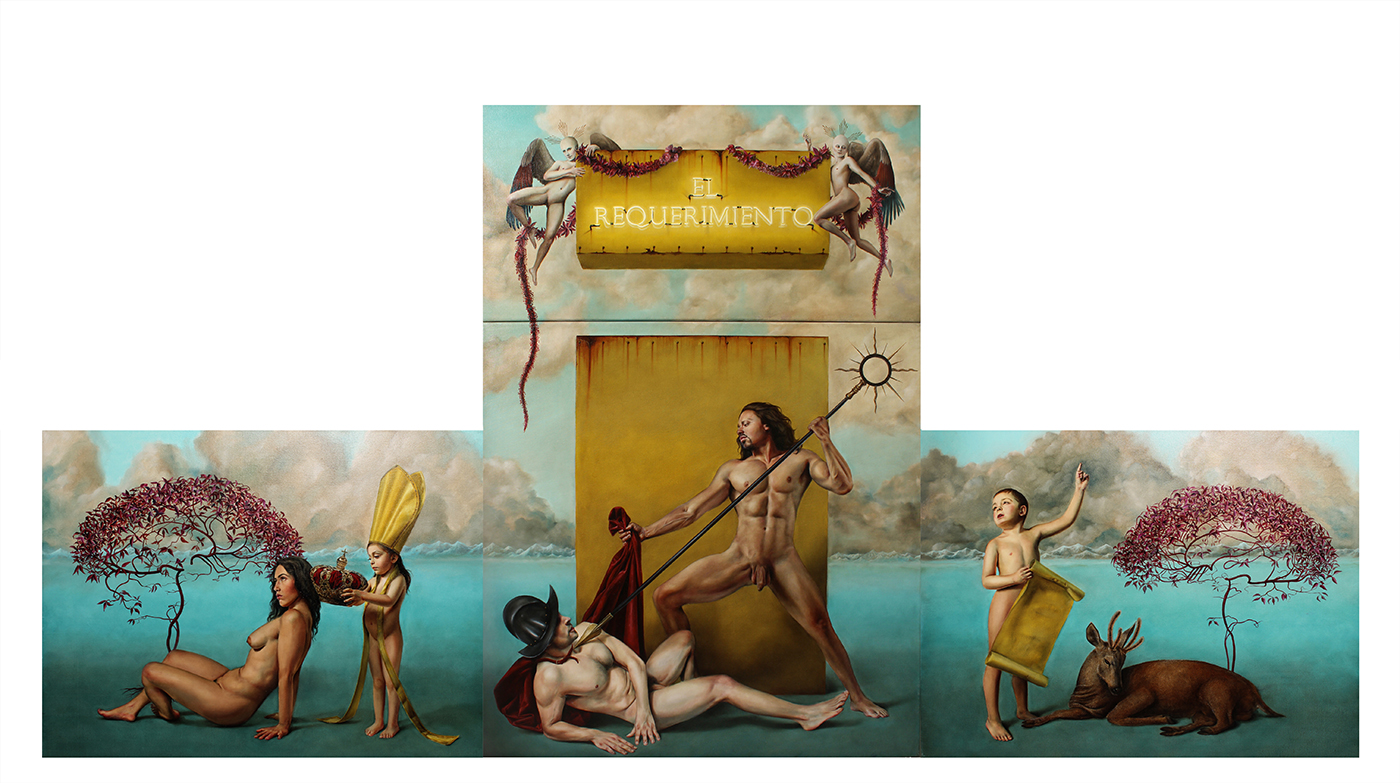 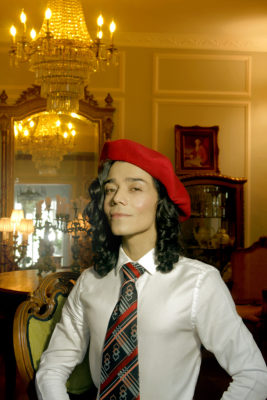 Giovanni Gellona is a Chilean painter who has dabbled in different fields of the arts: photography, video, dance, design and music. Over the last few years, he has been totally dedicated to painting, a discipline he has practiced since he was 7 years old, when he painted his first portraits.

Giovanni studied two years for a BA in Fine Arts; however, his pictorial development has been self-taught. In 2004, he was invited to London to take part with several of his portraits in various art books published in Europe and the United States, such as “Marilyn in Art” by Roger Taylor, and “Diana in Art” by Mem Mehemet. The latter earned him a mention and exhibition of his work in the London’s Daily Mail, Italy’s La Repubblica, and Vietnam’s the Dantri newspapers.

In addition to his development as a painter, Giovanni worked for two years as a dancer with the “Distinguido Cuerpo de Baile Maniquí” in Panoramix, a tv show broadcasted by Chilevisión.

When he stopped working in television, he held his first exhibition entitled “National Glamour,” a solo gallery show as part of the celebration of the 35th anniversary of the Sheraton Hotel in Chile. The exhibition was born as an initiative from the artist to make a tribute to the most outstanding women of the Chilean popular culture. This project was carried out with the collaboration of important figures, including Isabel Allende, Verónica Villarroel, Cecilia La Incomparable, Liliana Ross, and Cecilia Bolocco. After this exhibition, Giovanni began his career as a photographer, a highlight being the work done for one of his great muses, the lyrical singer Veronica Villarroel. He also participated in the Dutch book “40 ajar, 40 verhalen, Chileense Vluchtelingen en Solidariteit” (40 years, 40 stories, Chilean Refugees and Solidarity).

In 2007, Gellona started a deeper connection with the musical arts. At that time, he painted the cover of the “Los Updates” EP, a solo album of Jorge Gonzalez (Los Prisioneros) in which Giovanni also sing chorus. Thanks to this, in the following years Gellona released an EP and a solo album.

After this musical experience, his artistic work concentrated entirely on painting. In 2018, he presented the solo exhibition “Fe, Sangre y Mestizaje” (Faith, Blood and Miscegenation), a series of paintings inspired by characters and situations of the Spanish conquest of Chile. In this project Leonor Varela, Héctor Noguera and Federico Sánchez stand out as models and embodied three great figures of the Chilean history. In early 2019, Giovanni began working with Eduardo Lira, owner of the Eduardo Lira Art Gallery where he presented the exhibition “Drama y Belleza” (Drama and Beauty), an allegory to the aesthetic of everyday life. He also took part in the collective exhibition “30 años de la caída del Muro de Berlín” (30 years since the fall of the Berlin Wall) in 2019, and so many others.

With the idea of expanding the scope of his art, Giovanni participated in the exhibition “There Are No Boundaries” (2019) at the Provenance Art Gallery, in Manila, Philippines, where he presented a portrait of Gabriela Silang, a heroic woman who fought against the Spanish conquest. The work caused great impact and was acquired by the J.P. Morgan Bank in Hong Kong. In 2020, Gellona participated again at the Provenance Art Gallery, in an event organized by UNICEF Philippines in favor of the fight against child grooming. His painting was sold a week before the exhibition.

Nowadays, Giovanni works permanently for the Eduardo Lira Art Gallery (Chile/Miami) and the Provenance Art Gallery (Manila), and he is also working on his first exhibition in Europe.

Since I was a child I have been in a constant search where the spiritual and the aesthetic seem to go hand to hand. I dabbled in theater, dance, singing and so many other areas. I wanted to be a religious person and a pop star. I kept wondering around until I realized that the path to enlightenment was in my own hands.

Painting was the answer. Something I’ve been doing since I was 7 years old. Taking up this path has been a revelation, an encounter with images, ideas and beauty, which every day makes me more and more passionate. Through this discipline, and with the creative power that all living beings have, I began to create a world that seeks to connect people with the magical and sublime.

2020 / “There are no Boundaries”, UNICEF / Provenance Ar Gallery / Manila,Philippines / Group.

2019 / “There are no Boundaries” / Provenance Ar Gallery / Manila,Philippines / Group. 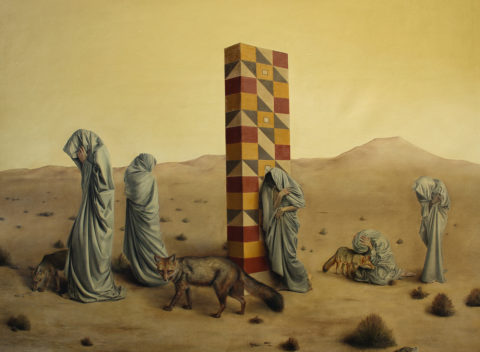 The Caravan of Laments 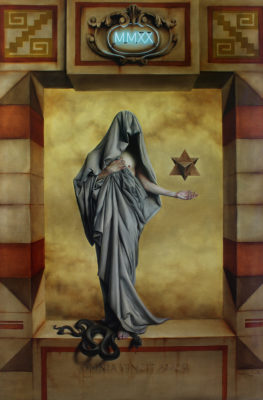 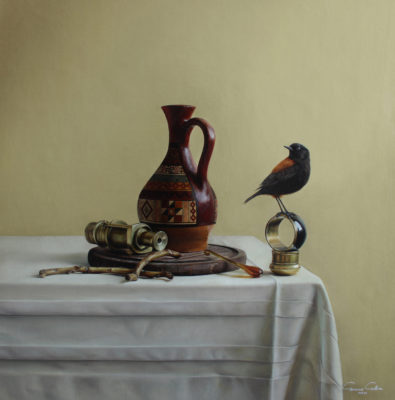 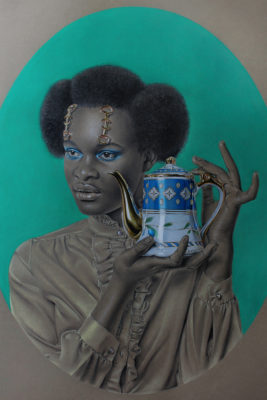