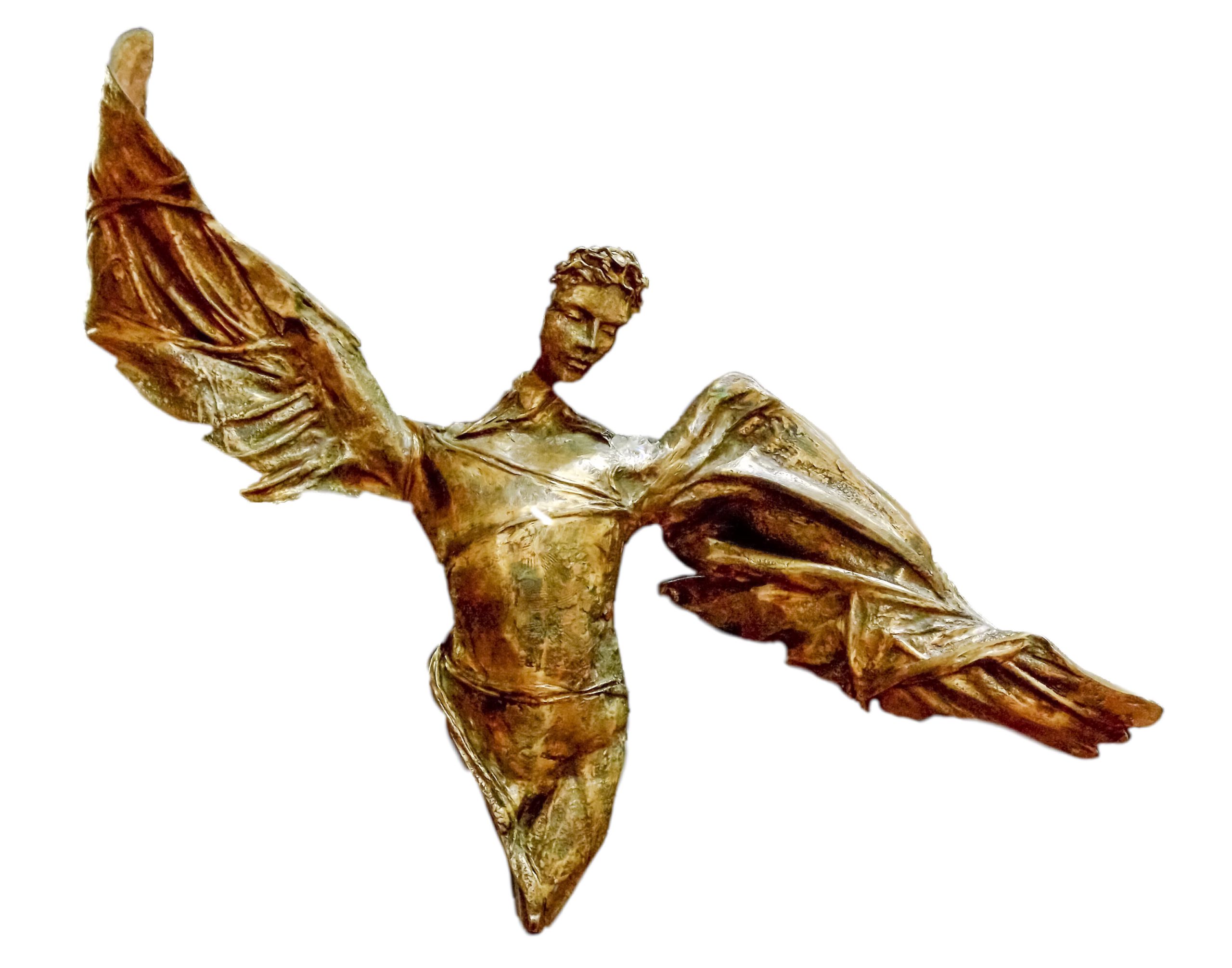 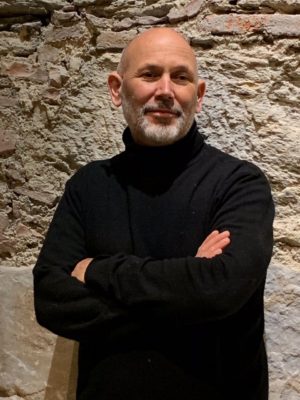 Romolo Del Deo studied from childhood with his father, Provincetown painter, Salvatore Del Deo, as well as with the sculptors Joyce Johnson and Sidney Simon. At eighteen Romolo traveled to Italy to study under Rino Giannini, professor of Marble Carving at the Academy of Fine Arts of Carrara. In 1978 he attended Harvard University and subsequently taught there under sculptor Dimitri Hadzi. His honors thesis on polychromatic sculpture was prepared during a study abroad at the Academy of Fine Arts in Florence and exhibited in 1982 at the Cherrystone Gallery in Welfleet, MA. He has been exhibiting professionally ever since in both the US and Europe. In 2000, he was honored with the Harvard President’s award for contributions to the arts. He has received numerous awards and grants including from the INHA, France; Henry Moore Foundation UK; Lorenzo de Medici Medal for Sculpture, Italy; New York Foundation for the Arts, Sugarman Foundation, Gottlieb Foundation. Among recent accomplishments, he was the sole representative of the United States at the G7 of Culture, in Italy as well as Co-Guest of Honor with Ghana’s El Anatsui at the Florence Biennale XI. His work has recently been featured in the Provincetown Monument Museum exhibit, “Creating a Difference,” and represented the United States at the St. Petersburg, Russia VIII International Cultural Forum in 2019. In 2021 his work will launch a five museum tour of Russia starting at MISP (Museum of 20th & 21st Century Art in St. Petersburg).

​The artwork of Romolo Del Deo is preoccupied with two major aesthetic concerns; a fascination with the artifacts washed up upon the ocean shores of his native Provincetown and a natural affinity with the archeological ruins of his Italianate background and training. Mining the rich visual language of his influences he creates sculptures that seem part ancient ruin, part driftwood sea wrack, yet distinctly contemporary. Cate McQuaid writes in the Boston Globe: “Sculptor Romolo Del Deo puts a contemporary spin on classical forms. He mixes up bronze casts with dune sand and driftwood. Many of the works look like the shed skins of ancient Greek statuary, thin, torn, and catching dirt. In Del Deo’s works, beauty erodes, but the erosion itself is captivating.” G7 of Culture curator Melanie Zefferino describes Romolo’s process: “With the lyricism of his sculptures, the artist’s aesthetic view is not only reflected in form, but also in the quality of the medium – vitreous bronze. He uses slag that would normally be discarded to cast bronze. It is this unique process that creates the unusual effect of time and makes the artworks look like they were excavated from some ancient underwater archaeology site. They are poetic and ethereal in their appearance.” 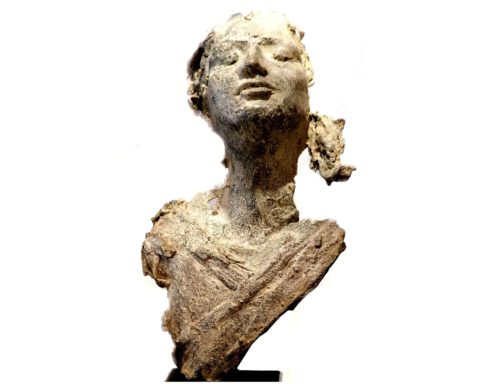 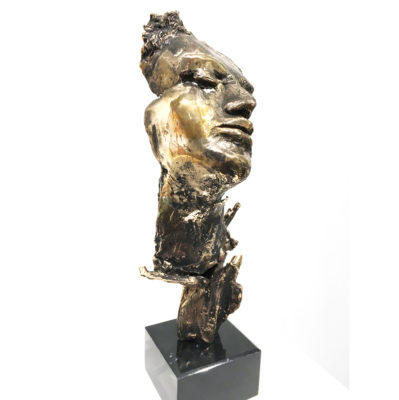 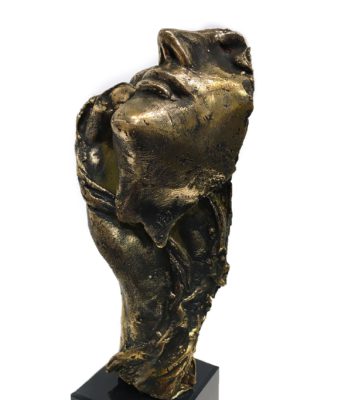