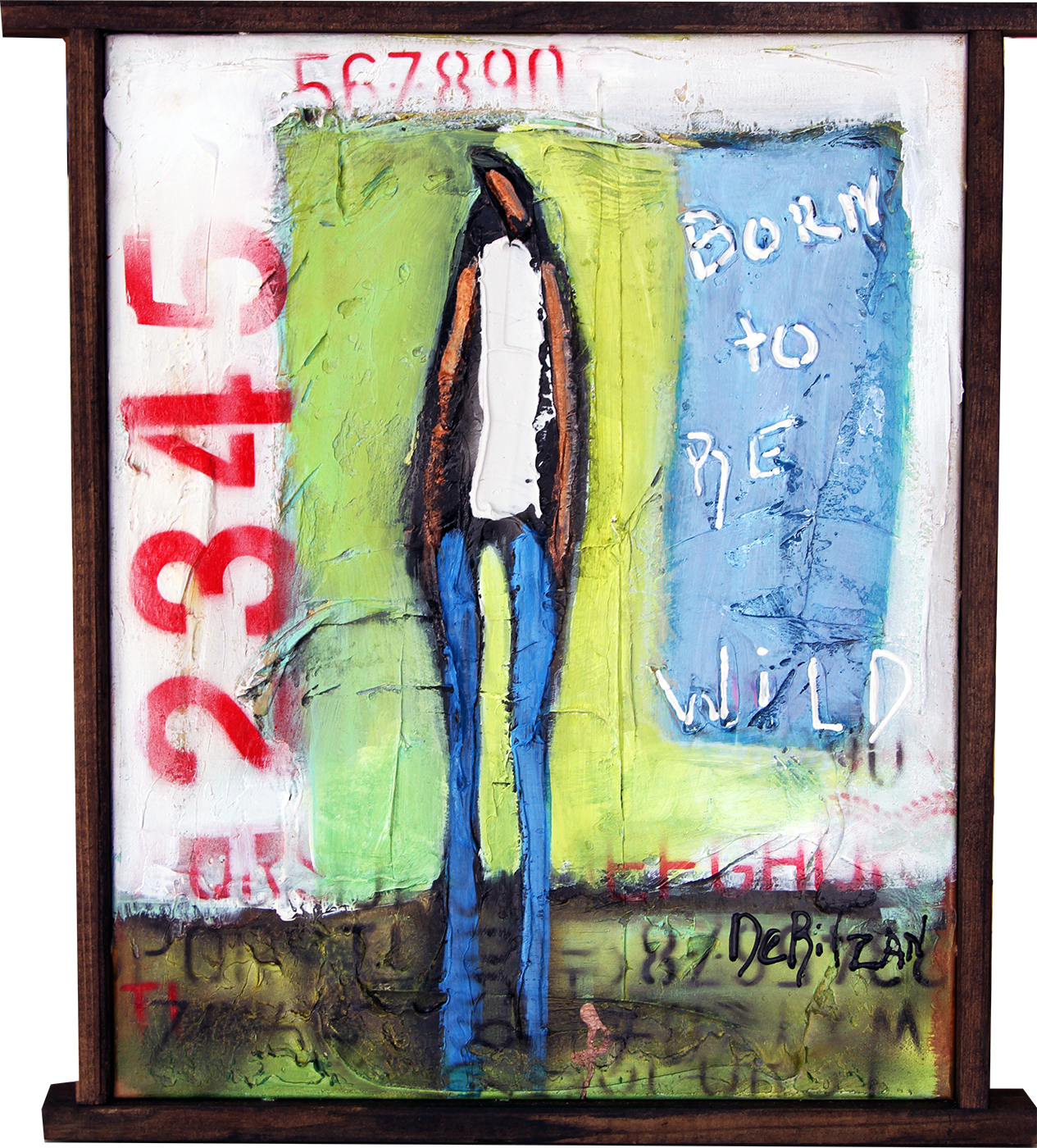 Born To Be Wild

William DeBilzan’s “Alone Series” explores periods in his life when he’s had to rely entirely on himself. The single figure is representative of the knowledge gained by going deep within to discover the strength and fortitude necessary to go beyond difficult times. Although challenging, the artist has found that in retrospect these were periods of tremendous personal growth. The figures in these paintings embody that personal growth and stand tall after enduring trying times.

Inquire now to learn how utilizing IDON can create savings of $660.00 on this asset. 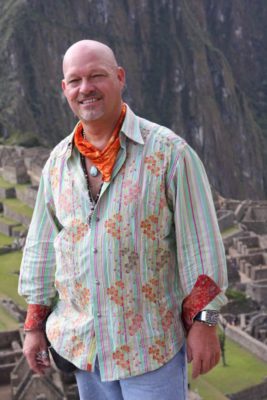 William DeBilzan describes his work as “…a place where I can lose myself and find myself simultaneously.”  Born in Amarillo, Texas in 1956, he was raised in the small farm town of Grass Lake, Michigan.  DeBilzan’s mid-western upbringing provided a deep connection to family values and friendship that would later be expressed through his art.  He often incorporates elements within his paintings and rustic frames that are reflective of his life’s journey.

DeBilzan traveled west to Southern California in his early twenties and launched a construction company that focused on tile design.  He owned and operated the business for 18 years.  During a difficult time in his mid-thirties, he found solace in visiting art galleries and soon began to experiment with painting.  Very quickly discovering that painting was his true passion, he taught himself to use a variety of mediums and dedicated an increasing amount of his time to creating. His work was soon validated during the process of selling his house, as he found that prospective buyers were more interested in his paintings than the house.  DeBilzan began selling his work at local art fairs and his confidence grew.  He found that painting felt more like play than work and knew that he wanted to dedicate his life to it.  He subsequently invested everything he had to open a gallery in Laguna Beach, California.  There he worked relentlessly, spending many hours in the studio to meet the demand for his paintings.

DeBilzan went on to open galleries in Santa Fe, New Mexico and Delray Beach, Florida while exhibiting in up to 27 galleries simultaneously, both domestic and international.  Now entering the third decade of his artistic career, his paintings and sculptures are collected and exhibited worldwide.  His list of accomplishments is long and includes an extensive mural and sculpture installation at the Marriott Central Park in New York, massive paintings for the lobbies and conference rooms of major corporations, and a painting installation at the Burj Khalifa Tower in Dubai.  DeBilzan has a passion for fashion, too, and in addition to his couture and casual wear lines has had a decade-long luxury handbag collaboration with Mario Hernandez of Bogota, Columbia.

Beginning as an abstract expressionist, today his work is immediately recognizable by his elongated figures, engaging textures, and rich color palette.  DeBilzan explores themes of loneliness, friendship, and love, drawing on his own experiences while leaving his work entirely open to interpretation. He often conveys his love of the ocean and Caribbean Islands through the use of warm colors and simple compositions.  To many viewers his paintings represent a visual expression of freedom and an easier, more playful take on art and life.  Indeed, many of his collectors comment on the “good vibes” that DeBilzan’s paintings bring to their home.

While influenced by Jasper Johns, Robert Rauschenberg, and Jean-Michel Basquiat, among others, his style is unquestionably unique and makes him sought after by corporate and private collectors worldwide.  Now entering the third decade of his artistic career, DeBilzan remains committed to his exploration of the universal themes of solitude, friendship, and romance.  The artist continues to create unique paintings related to these themes, while also exploring a number of other interests reflective of his life’s journey. 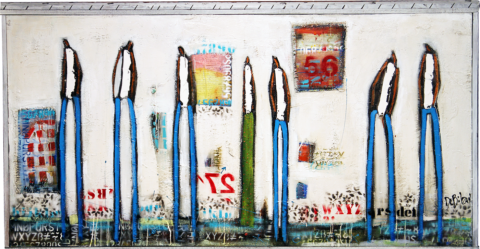 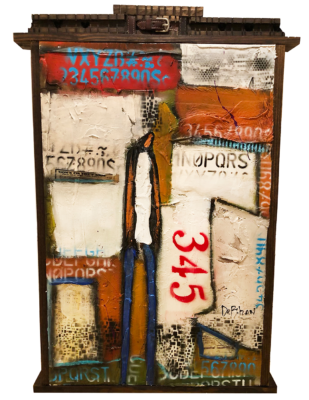 Some Time, Some Where 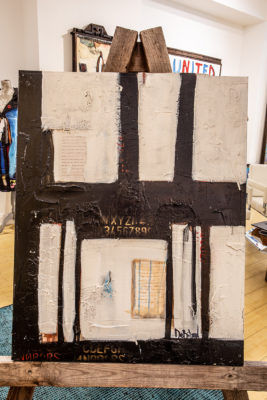 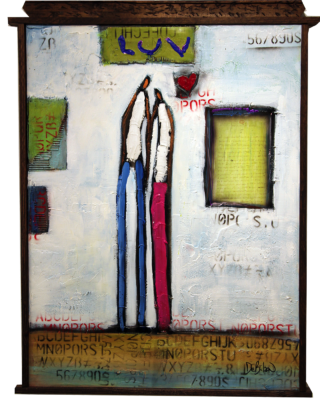